As the small amount of people reading this should be aware, I am addicted to funding Blood Bowl team campaigns. (Well when I had money)

I have recieved a few and posted some before, but I want to have a close look at this team and it is WELL out of my comfort zone! Sculpted by Pedros Ramos (see concept art below) , Goblinguild created this team to be used as an “Underworld team or complement for your Chaos Pact, Skaven or Goblin teams”. I don’t have any of the above so obviously I need all…..

And actually, I think this campaign was so so generous with the freebies they added on. I pledged for a team (75 euros) and “troll and brain” (16 euros), which is 14 models altogether. 6 gobbos’, 6 rats’ and 2 big guys. I recieved 23 models and two counters with this team. that is crazy. 3.95 per model. two of which were trolls. And the trolls are such great models!

Here are a few pictures of the models, I haven’t even had a chance to attach them to bases yet. 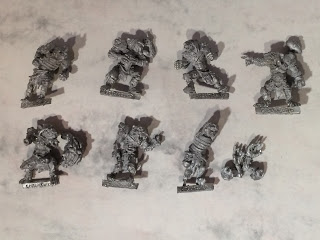 These are the Skaven from the capaign, I was more excited for the goblins and big buys more than the rats, but on getting them I am looking forward to painting them. I guess I need to think of some team colours… 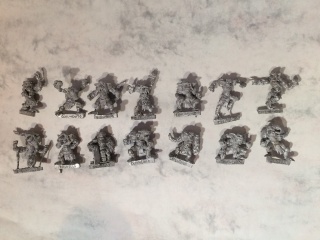 I love the coach (Gobzel, Team Coach) and “Willie Bombstein” so much, and they were free!
There are some mutations to this team, so it will be my first team with mutations. I like that there is a mixture too. 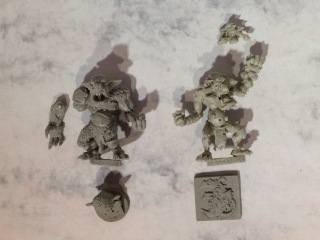 And here are the big guys. “Da Beast, The RaTroll” and “Troll and Brain” Both are awesome in my eyes. I love painting big guys and monsters so these will be super fun.


I’ll get these on bases and a colour scheme decided on soon. Maybe even post some updates!

The campaign page is here.